In Call of Duty: Advanced Warfare, the franchise envisions the battlefields of the future, where technology and strategy have become more advanced.

Kevin Spacey plays Jonathan Irons, one of the world’s most powerful men, in this chilling vision of the future of war, delivering an Academy Award-winning performance. As a plausible future has converged with today’s military practices, this game takes place in a world where technology has advanced at an enormous rate.

Private Military Corporations (PMCs) have become the dominant armed forces for countless nations outsourcing their military needs, redrawing borders and rewriting the rules of war in this carefully researched and crafted vision of the future. Jonathan Irons, the founder and president of the world’s largest PMC, Atlas Corporation, is at the center of it all.

Combatants can equip themselves with exoskeletons that improve every aspect of their battle readiness, thus enabling them to deploy with a higher lethality and eliminating the need for specialized equipment.

With boost jumps, grappling, and covert cloaking abilities, players have unprecedented strength, awareness, endurance, and speed. Exoskeletons, new armor, and weapons transform the way Call of Duty is played unlike ever before and significantly influence how players experience the game across all modes. 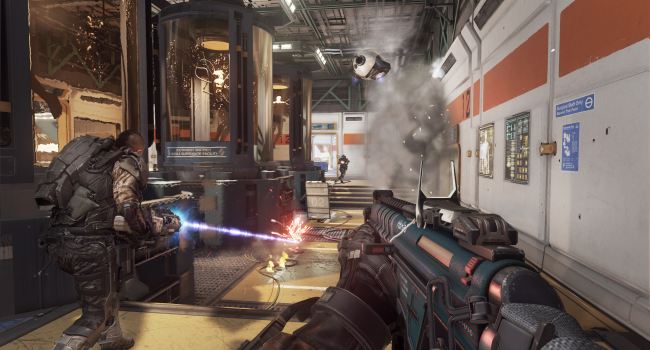 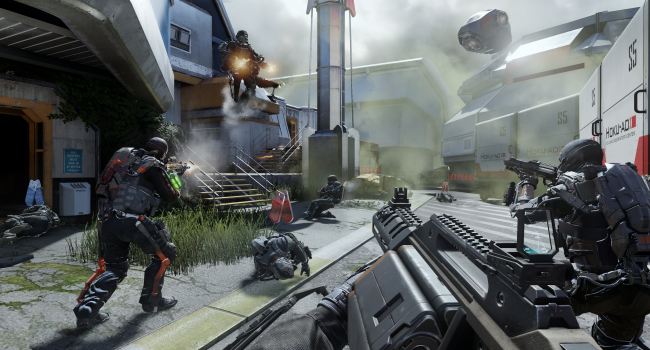